If I published an image of my weight on a chart for the past ten years, it would look like some kind of EKG for a 16 year old on crack. So many ups and downs. This sums it up nicely:

It’s true, I really do wish I was as skinny as I was back when I thought I was fat. I’m now ten pounds beyond that point. Why is it that gaining weight is so easy, but taking it off is a freaking act of Congress? Actually, Congress could probably take my weight off quicker than I could.

Last year, I started out at around 146 in January and worked for eight months to get down to the high 120’s. And it was hard work. I ran like Forrest Gump. I even ran on vacation. And, in August, I wore a bikini in public for the first time in a very long time. But somewhere around mid-October, only about eight weeks after I had almost hit my goal, it was all back.

All this time I’ve been on a 10k training program and have been running at least three times a week. I think that’s what kept any more weight from creeping up on me. Even through the holidays, I’ve kept watch on what I’ve eaten and dwindled my alcohol down quite a bit. I guess I’m thankful I’m not more than 150. I’m only 5′ tall. I’m dangerously close to resembling a short barrel with stubby golf tees for legs and arms. Nothing fits. I’ve had to buy bigger pants. I feel like a sausage in a casing when I stuff myself into a work outfit. It’s awful.

Probably the worst part of all of this is that I know how to work out. I know how to eat right. Hell, I have a gym IN MY HOUSE. There are no excuses. Well, actually there are tons of excuses, but I can’t do it any more. I’m too old for the see-saw. I want to be able to play with Ava and jump on our trampoline for more than five minutes. To ride bikes. Dance and skate and do all the fun things she likes to do. For many years to come.

I know that the closer I get to 40 it’s just going to get harder, too. I’m 20 months away from it. 20 months from 40. Before this year is up, I will be closer to my weight goal, too. And I’ll run that 10k and jump, bike, skate and do all the other things that make life fun. Just watch me win.

This site uses Akismet to reduce spam. Learn how your comment data is processed. 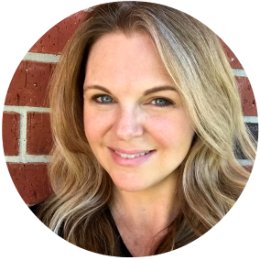 I'm so glad you stopped by. Grab some wine and make yourself comfortable.
Read More

Get my first children’s book!

This error message is only visible to WordPress admins


Error: API requests are being delayed. New posts will not be retrieved.

Error: API requests are being delayed for this account. New posts will not be retrieved.

Make sure this account has posts available on instagram.com. 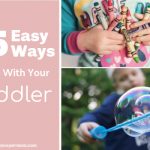 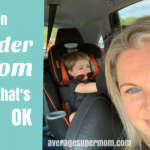